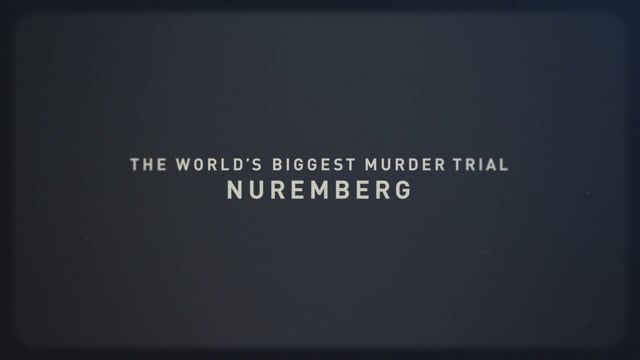 75 years ago, the biggest murder trial in history began in Nuremberg, Germany. 21 Nazi leaders appeared in court charged with crimes that caused the death of millions of innocent people during World War II. This bold new feature-length documentary recounts the dramatic story of the Nuremberg Trials. Meticulously crafted using over a thousand archive clips, including recently digitised film footage from the courtroom, and without voice-over or any interviews in vision, this is a truly cinematic, immersive and impactful record of the most important trial in history – an event that not only represented the birth of human rights, and shaped international law forever, but serves as a stark reminder of the brutal consequences of oppression, division and hate.